Showing posts from January, 2016
Show all

As Rudolph Roth wrote over a century ago, "A translation must speak for itself. As a rule, it only requires a commentary where it is not directly convincing, and where the translator does not feel secure".
***

from Norma Clarke's review of Stephen Bernard's The Literary Correspondences of the Tonsons:

It was Tonson who began the pleasant practice of giving dinners to his authors when contracts were signed. He enjoyed the feasting and at the same time created a sense of obligation in his poets. Pope said he used flattery and food strategically: "Jacob creates poets, as kings sometimes do knights, not for their honour but for their money". Was he "genial Jacob" or avaricious? He was known …
Post a Comment
Read more 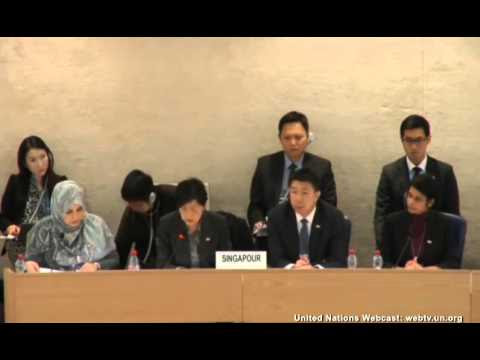 So much snow
written off
by January


Lies, half-truths, excuses. At the UN's Universal Periodic Review, Chan Heng Chee defends discrimination against LGBTI people on behalf of the Singapore government: "... we treasure every Singaporean. LGBTI persons are part of our society. And we acknowledge their contributions, like we do for all our citizens. Let me say that Singapore is basically a conservative society. We have to manage such issues sensitively and in a pragmatic way without fracturing our society. Even in developed countries with more liberal societies, LGBT rights remain a divisive issue. We inherited the law on sodomy, Section 337A of the Penal Code from Britain, through the Indian Penal Code and the Straits Settlement Penal Code during our colonial history, but our position today is not to proactively enforce Section 377A. On October 2, 2007, there was a long and intense debate in Parliament on repealing 377A. Parliament eventually decided to retain the status quo…
Post a Comment
Read more

January 27, 2016
Horse turd on road
a teardrop leaving the eye

January 23, 2016
"The technical proficiency of what he did with his voice, given his vocal range (he didn’t think his voice was good enough, back in the day), is often overlooked, the amount of time he spent in the studio just trying to get the right effect. Robert Fripp shares this story about watching Bowie in the studio, trying for hours to get his voice to match the emotion in the music. That’s complete artifice, complete inauthenticity, and yet he’s able to hit those feelings in a way no one else could. And what you feel when you hear that is something simply strong, powerfully true." The interview.

Nothing Outside But Everywhere

from Steven Nadler's review of Jon Miller's Spinoza and the Stoics:

Both Spinoza and the Stoics identified God with Nature and believed it to be the unique, immanent casual source of all things. Spinoza, however, rejects the Stoic idea that this "divine" power acts teleologically, and especially that it does what it does for the benefit of human beings. While the Stoics would agree with Spinoza that there is nothing outside of God or Nature that serves as a goal for its actions, Spinoza goes further and makes it absolutely clear that God (or Nature) does not act to achieve any ends or purposes whatsoever.  With respect to moral psychology, Miller examines the striving for self-preservation that both the Stoics and Spinoza identify as the nature of any individual. He shows that, in fact, the ancient thinkers had the more complex view of this fundamental tendency, whereby it develops into an elevated pursuit of rationality and also leaves …
Post a Comment
Read more 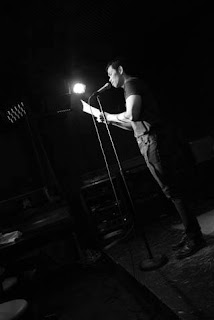 On Thursday night, I read from Steep Tea for The Inspired Word at Parkside Lounge, NYC. Thanks, Michael Geffner, for asking me to read and for taking these wonderful photos!

January 13, 2016
On Sunday, I trotted along to Marc Straus Gallery for the opening reception for Jong Oh's show. The Korean artist creates sculptures that plays off the space and light of a site. "Tenuous strings and shards of Plexiglas are pulled into form by small stones or metal pendulums tied almost invisibly to the 21-foot high ceiling," as the gallery website puts it. The sculptures were mostly boxy, either backed by a wall or hanging freely in space. Most impressive was the last work. Two rectangles made of string are suspended one on top of the other. Due to their subtly shaded coloration, they looked like pieces of glass. Walking under them gave me a terrifically uneasy feeling. The show was curated by gallery director Ken Tan.

On Monday, GH and I went to the Asia Society to hear architects Tod Williams and Billie Tsien speak about their building of Asia Society Hong Kong. They transformed the Former Explosives Magazine Compound into a gleaming modern center for arts and cultu…
Post a Comment
Read more

January 12, 2016
"Steep Tea by Jee Leong Koh, a Singapore-born, New York-based poet, is a wonderfully rich and lyrical narrative on self-identity, diaspora and love. As the title fittingly suggests, the poems articulate the embrace of otherness and changes while traversing different cultures. Koh’s lyricism reveals influences from modern poets such as Elizabeth Bishop, Mary Oliver and Eavan Boland and Singaporean poet Lee Tzu Pheng; his poetry is full of music, originality and imagination...."

January 09, 2016
In the studio
a bricklayer’s hammer
missing its handle

January 08, 2016
Five black birds
flying beneath the fingernail
clipping of a moon

The Tombs of Ravenna

From Yves Bonnefoy's essay "The Tombs of Ravenna," translated by John Naughton:
If nothing is less real than the concept, nothing is more real than this alliance between form and stone, between the exemplary and a body: nothing is more real than the Idea that is risked.  Ornamentation belongs to that category of beings that joins together in its profound purity the universal and the particular. It is the Idea made presence, and in the joy it awakens in us, I tasted the savor of a true eternity.  *  The universal is not a law that is everywhere the same and so never worth anything anywhere. The universal has its locale. In every place, the universal exists in the way it is looked at, in the way it is used.   *  Poetry and journey are of the same substance, the same blood - I am repeating what Baudelaire has said - and of all the actions that are available to man, these are perhaps the only useful ones, the only ones that have a goal…
Post a Comment
Read more

Haiku and Yield to the Willow

January 06, 2016
Morning runners
at the finishing line—
a gull wheels away

Don Wentworth's Yield to the Willow is a collection of very short poems, most of which are haiku, but not all. It's an enjoyable read but nothing earthshaking. He can be very concise, achieving insight and pathos through wordplay:

the haunted man
needs no house


A small household incident can turn into a question of ontology:


freeing centipede
trapped in the tub
I step inside
myself


His observational powers can be matched by a delicacy in form:


But too many pieces read like throwaways, and were probably written the same way:


in memory
in the moment,
always


or they are overly didactic, which even Zen-inspired verse can be:


hole in the center
of the snowflake
another koan
revealed


What compounds Wentworth's challenge is that he has chosen to begin each chapter with a quotation from a poetry or Zen master, and these quotations are hard to beat:

January 05, 2016
Arctic front
the ramen shop opens
in an hour

Haiku and Noon at Five O'Clock

January 02, 2016
Brown leaves penned
in a field of winds
who will open the book?


Noon at Five O'Clock: The Collected Short Stories of Arthur Yap: This slim volume of 8 stories is significant mainly because it collects the prose fiction of a major Singaporean poet. Too much can be made of the resemblance of these spare, almost plotless stories to his minimalist poetry. The best story here is the first, "Noon at Five O'Clock," written when Yap was nineteen years old, an undergraduate at NUS. The style is spare too, but here the spareness is entirely fitted to the situation of a young boy's accidental discovery of a secret courtyard. A small moment is inscribed in plain yet highly conscious prose. The style is less convincing in the other stories in the collection. It feels rather more like a writer's handicap than like a precisely chosen instrument. When the later stories become longer, they turn to satire, dream, and formal pastiche. Nowhere do they give the hidden depths o…
Post a Comment
Read more

January 01, 2016
Yeo Wei Wei sees the broken and hurting lives of her characters with a kind of dispassionate compassion. A wife finds her way home from mass devastation. An old woman in a home for the elderly. A blind painter. A female Math teacher abandoned by a younger lover. The subjects are ripe for sentimental depiction, but Yeo does not hurry to sympathize. Instead, with patience and care, she slowly delineates the details of their lives and the flush of their thoughts. The only exception, perhaps, is the story "The National Bird of Singapore," in which good and evil are too simply demarcated.

In other stories, the details become, as they should in a work of art, subtly suggestive, even symbolic. The yellow umbrella in the title story "These Foolish Things." The ivory carving of three apples in "Branch." The blue lamp and the blue flowers of the bunga telang outside an artist's house in "The Art of Being Naked." Not only are the stories are threaded …
Post a Comment
Read more
More posts