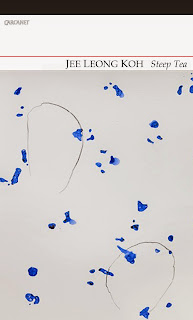 STEEP TEA (Carcanet Press, July 2015)
Nominated by the Financial Times as one of 2015's best books of poetry

Steep Tea is Singapore-born Jee Leong Koh's fifth collection and the first to be published in the UK. Koh's poems share many of the harsh and enriching circumstances that shape the imagination of a postcolonial queer writer. They speak in a voice both colloquial and musical, aware of the infusion of various traditions and histories. Taking leaves from other poets - Elizabeth Bishop, Eavan Boland and Lee Tzu Pheng, amongst others - Koh's writing is forged in the known pleasures of reading, its cultures and communities.

"The Singapore-born poet’s first UK publication is disciplined yet adventurous in form, casual in tone and deeply personal in subject matter. Koh’s verse addresses the split inheritance of his postcolonial upbringing, as well as the tension between an émigré’s longing for home and rejection of nostalgia." - Maria Crawford in UK's Financial Times

Buy from Carcanet Press or Amazon 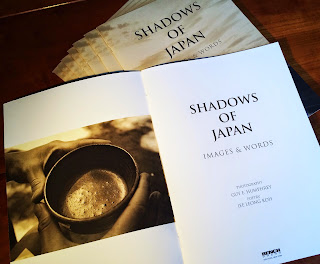 A record of Humphrey and Koh's visit to Japan in the summer of 2014, the folio features thirteen photographs and ten haiku responding to the beauty of Tokyo, Kyoto and Hakone. "For me, photography is not about capturing what we can easily seen. It is about finding the special moment that we will never see again. A shadow moving across the mountain ridge at morning's first light, a group of children's feet as they wait in line at the temple's gate. the steam rising from the cook's stove as our meal is being prepared. These are the moments that I remember, creating the emotional bond between a place and the context of my life. This is my reason for seeing." (from the Preface). 10x15, saddle-stitched, 23 pages, $15.00. Limited edition of 100. Available at select book fairs. 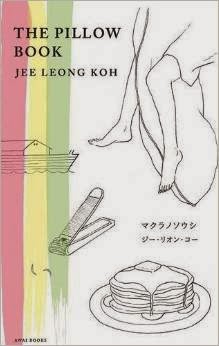 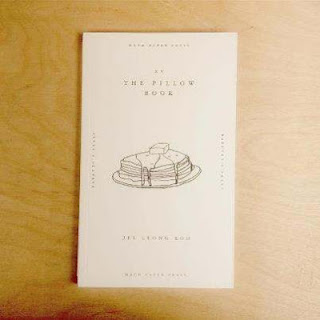 Inspired by the example of eleventh-century Japanese author and court lady Sei Shōnagon, Jee Leong Koh collects his miscellaneous jottings in his own pillow book. Written in the genre called zuihitsu, which comprises both prose and poetry, these observations, lists and anecdotes on life in Singapore and New York are, in turn, humorous, reflective, satirical, nostalgic and outrageous. They were penned for the author's own amusement. Perhaps they will amuse you as well.


Inspired by the example of eleventh-century Japanese author and court lady Sei Shōnagon, Jee Leong Koh collects his miscellaneous jottings in his own pillow book. Written in the genre called zuihitsu, which comprises both prose and poetry, these observations, lists and anecdotes on life in Singapore and New York are, in turn, humorous, reflective, satirical, nostalgic and outrageous. They were penned for the author's own amusement. Perhaps they will amuse you as well. 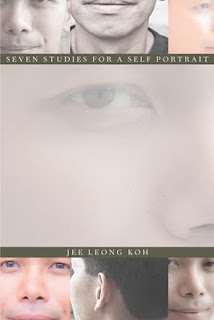 Seven Studies for a Self Portrait, Jee Leong Koh's third book of poems, subjects the self to an increasingly complex series of personal investments and investigations. Ever-evolving, ever-improvisatory, the self appears first as a suite of seven ekphrastic poems, then as free verse profiles, riddles, sonnet sequences, and finally a divan of forty-nine ghazals. The discovery the book makes at the end is that the self sees itself best when it is not by itself. 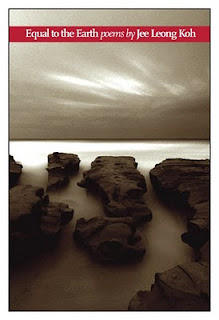 "Jee Leong Koh is a vigorous, physical poet very much captured by the expressive power of rhythm, rhetoric, and the lexicon. He is also, paradoxically, a poet in pursuit of the most elusive and delicate of human emotions. The contradiction is wonderful and compelling, and so are his poems."
--Vijay Seshadri, author of The Long Meadow (Graywolf Press) 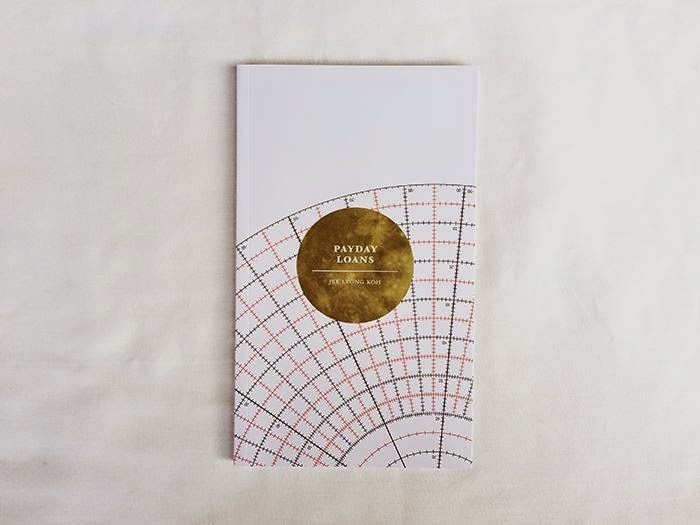 With a critical introduction by Joshua Ip, and an interview with the author conducted by Chloe Yelena Miller for Eclectica Magazine. 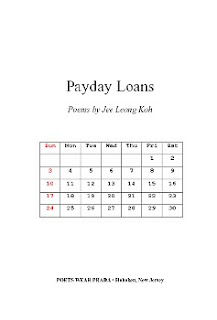 
"Smart, irreverent, often unnerving, these sonnets smirk, smile, argue and bless. Jee Leong Koh has taken a month of days and rendered a very contemporary version of the artist as a young man. Cash in your paycheck and buy this book."

--Marie Howe, author of The Kingdom of Ordinary Time

Ruth Pitter lived in the twentieth century (1897-1992), but her poetry lives in an earlier time. It refuses to acknowledge Matthew Arnold's "melancholy, long, withdrawing roar" of faith, but struggles in isolation with religious doubt and meaning. As such, it is, on occasion, a powerfully individual poetry, but it is also radically cut off from the most significant movements of her time. The refusal to engage with Modernism and its aftermath stunts the poetry. The slightly archaic diction and windy abstractions persist into the late poems. The use of traditional verse forms (including the heroic couplet) evinces individual skill but makes no larger argument, unlike the work of Eliot, Auden and Larkin. A few late poems grapple with modern science, but the main thematic development in the Collected Poems is from the observation of nature to the description of dreams-visions, a movement backwards in time, from Romanticism to medievalism.

The nature poems, from the start, ar…
Read more

A Haibun for Turning Forty

Wrote a new poem this morning, a haibun for Kimiko's workshop. It is at the end of this post. Checked my email and found a lovely fish ghazal written for me by AH. I am a Pisces. Other friends, like WL, CM and TH, had emailed me earlier their birthday wishes. Read the TLS before having a quick lunch at the local Chinese takeout. Started reading Christopher Ricks's True Friendship: Geoffrey Hill, Anthony Hecht and Robert Lowell Under the Sign of Eliot and Pound. This beautiful book, beautiful in writing and design, is a birthday gift from HS. She loves Anthony Hecht and knows I love Eliot. Both of us admire Ricks's criticism. Mum called to wish me happy birthday. Took a nap because I was out late last night. Checked my email and read that another group of my poems, the Boland-inspired pieces, have been accepted by MS for the PN Review. That made up a little for the disappointment of not appearing on the Lambda list of finalists. Then attended KM's first solo art show at…
Read more

I found one truly memorable poem in the collection, a sharp observation transformed by a peculiar sensibility, a formula advocated elsewhere in the book but rarely followed. Even in this instance, the poem would have been better served if the last line has been removed.

Up from the bronze, I saw
Water without a flaw
Rush to its rest in air,
Reach to its rest, and fall.

Bronze of the blackest shade,
An element man-made,
Shaping upright the bare
Clear gouts of water in air.

O, as with arm and hammer,
Still it is good to strive
To beat out the image whole,
To echo the shout and stammer
When full-gushed waters, alive,
Strike on the fountain's bowl
After the air of summer.